After all was said and done, he really, really, really wanted to just build with the squares and cubes. Ok, I said - but you have to graph out your creations. He agreed and off he went: 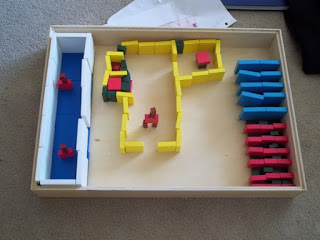 
So what did this work entail:
Good skills going on!