Just a sampling of the tackleboxes used in our Montessori homeschooling...

Inspiration by Ms. Suzanne over at Livable Learning and Teaching from a Tacklebox.


As I go through each chapter of each elementary album, I am updating, refreshing, cleaning out and re-posting all of our materials - providing downloads of all that is possible, posting images of organizations, etc. I am really striving to streamline the process for Montessori elementary homeschoolers.

For the fun of it, here is some for everyone!


Retiring the old fractions box... It has served us well, but after 3 children sitting on it.... well, it was time for something that has a lid ;)


The box needed for the numeration chapter (early math). We call it a numbers/operations box. I would like to call it the Numeration Box because we have a separate box for the actual Operations chapter, but this one has the operation signs, fractions, decimals, etc.


Not a tacklebox - but how we store our decimal system cards from primary - materials that are used into elementary and a bit into adolescence. 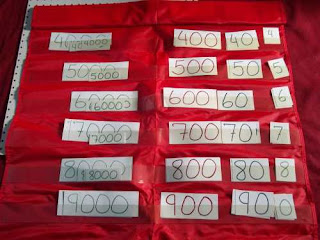 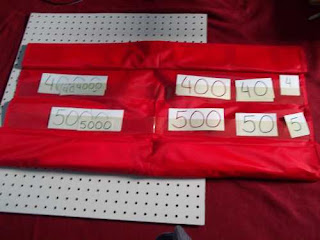 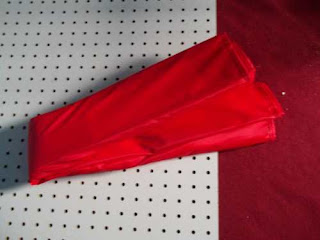 And a Plano 3700 for our geography stamps. 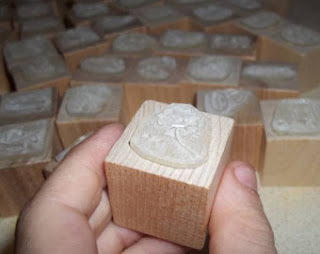 Posted by Jessica at 12:19 AM No comments: Links to this post

We really didn't spend as much time in our garden this summer as we wanted to, we had far too many weeds for my liking - and we had a few comments from people about not getting much stuff. Things along the lines of "Hmph - you always wanted a garden and you don't even time for it" and "I passed by it the other day - had a lot of tomatoes going to waste out there!" and other such not-intended-to-be-rude-but-please-consider-what-you-are-saying-before-it-pops-from-your-mouth silly statements.

This black thumb woman has tomatoes to harvest INSIDE in the middle of the cold winter - I don't need to be THAT picky about the weeds in a clay soil that desperately needed the ground cover, thank you very much!

Well, the only thing we didn't get much of.... is photographs!

We had a few watermelons - *those* we didn't pick in time. Several were ripe in July, but July turned out to be one of those "let's a take a non-chosen trip to a 'warm place' and see if we make it back alive" kind of months. ;) Yeah, we survived! The watermelons didn't.

The asparagus, other squashes and cucumbers didn't make it in the clay soil. At least two of the people with the gardening comments are the one who did not help when they could have, when it came to keeping bare clay-filled soil moist; then made the most comments about the weeds (the weeds actually helped! They kept the ground moist by providing ground cover and kept the seeds/soil in place with their roots.). Next spring, we direct sow the seeds (these ones grew the best, over the plants we put in after sprouting) - and we cover with straw. 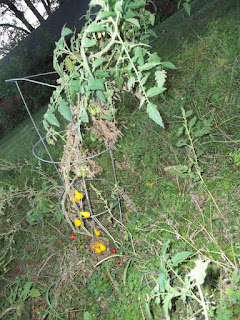 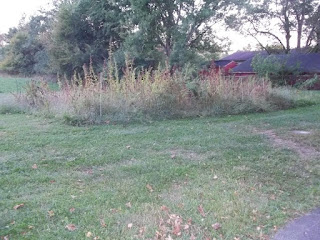 In that patch of weeds? 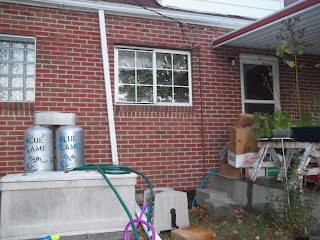 The messiest image of our back porch! We had old boxes we were composting some and burning others ---- but we also had plants on the back porch: carrots, elderberry, basil, cilantro, motherwort (that one wasn't supposed to be there) and a few others I can't recall off the top of my head. 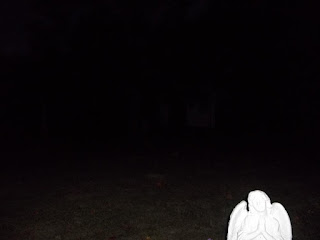 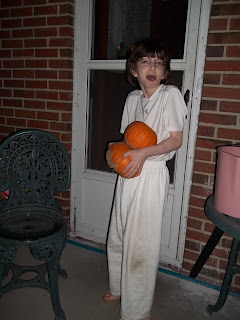 One evening we collected the above (2 pumpkins in his hands) and below (4 pumpkins in the one bucket, 3 more carried in my arms, and half a bucket of tomatoes). We didn't even try. 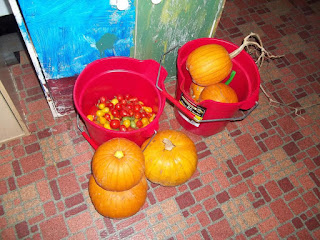 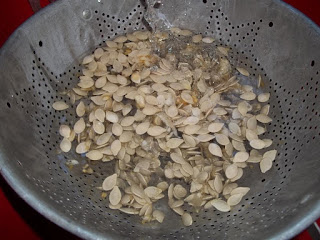 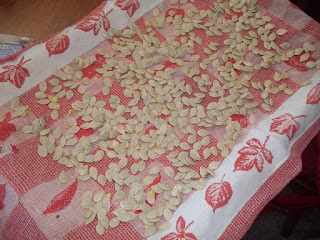 Posted by Jessica at 7:43 PM No comments: Links to this post