We don't have photos of it all - but this has been a BUSY month.

Legoboy started the month with a week with friends. He wanted a cell phone so he could text me throughout the week. With a $10 a month pre-paid plan that gave him 100 minutes or outgoing texts (incoming are free) and a phone that is only $10.... ok. This is not our first week-or-longer-separation and he has always done "well" but it is hard to maintain open communication through other people's devices. Now he is getting older, he feels like he "needs" me more, so cell phone it is.

In the end, we communicated much LESS than we normally would have "tried" for. No question as to "why" that is. He knew I was accessible to him at any time day or night - so he lived his life in confidence.

One morning we had this conversation:
L: Good morning.
M (surprised at how early he was texting me): You awake?
L: Yes, I am AWAKE and I woke up at 7:45.
M: Ouch! Did that hurt!?
L: No, it did not hurt. Why?
M: Because you don't wake up that early at home without a fight ;)

I asked for a happy nice smile to have on my phone while I was gone: 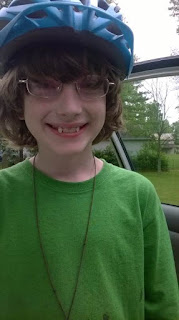 A few days before I left, he got a new bike. Because of his size and current growth rate (he will be big enough for the bigger wheels by the end of summer), the guy at the shop recommended the bigger wheels. Well, it just isn't comfortable for him to trust himself. So learning to ride isn't going so hot. He tried a 2-wheeler at age 4, but I put it together and it didn't work right - and he tried to ride it on carpet first... Not so hot then either.

Sigh. Poor kid. He just wants to RIDE. It won't be long, he'll try again later this summer. When he is a bit taller. 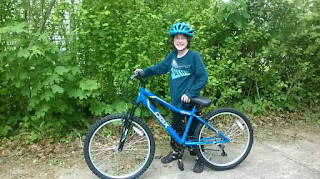 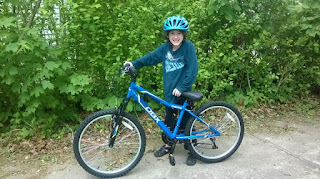 Because see - he's been doing a lot of this - these are all day-time shots: 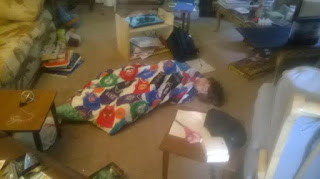 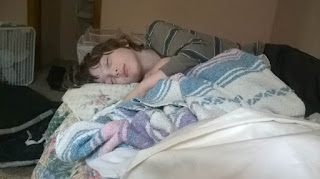 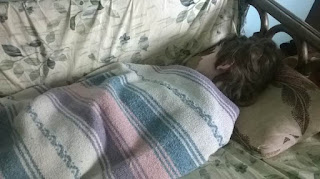 
Staying up late every night to watch the stars MIGHT contribute to day-time sleeping, but really.... he's a growing boy! I canNOT keep him in pants that reach his ankles and he is not much interested in shorts. While I was away, he even texted one day to say that yes he was being fed, yes he was eating 3 breakfasts, 2 lunches and dinner never stopped, but he was still SO hungry. ;)


When I got back home, we both helped at a carnival to raise money for the family of a friend (the friend's family he stayed with actually) - our friend's brother had stage 4 pancreatic cancer. At the carnival, Legoboy spent most of his tickets "buying" things for other people - including getting me some Legos ;)

Two weeks later, we attended the funeral of the gentleman in question and Legoboy served at the funeral Mass. I did not get photos - I wanted one of him in his serving alb and surplice (he doesn't normally get to wear the full layers at our local parish since this is reserved for the Altar Boyz group, but at funerals everyone does). I was thrown off by a not-so-random turn of events. Sorry Legoboy!


In the between time, Legoboy spent 3 long days entertaining himself with Minecraft, reading, naps and eating while I did a Level 1 Catechesis of the Good Shepherd with two very awesome ladies (you know who you are!). He complained the whole time he was hungry of course. ;) The first day of the course, he spent with some local homeschool families at our local Canal Days celebration. He took a LOT of photos. Here is just ONE: 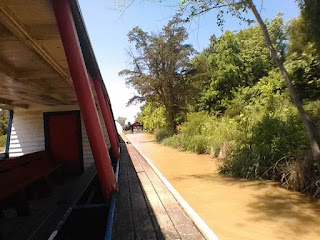 He has been pursuing some of his own studies in various areas - most of which I am oblivious to, I have to admit. He wants to write something about Khan Academy, so he's been doing some stuff there; he has been designing worlds in Minecraft; practicing piano (just reviewing all that he knows - not currently learning anything new); climbing trees;


working on the backyard:


We have both an in-ground fire-pit and a portable one (for using on the porch on rainy but not windy days). Weekly s'mores! His mission this summer - starting next week, he wants to intentionally build a different style of fire each week, try them all out, see which ones are better for what, and know them all off the top of his head. Very cool! 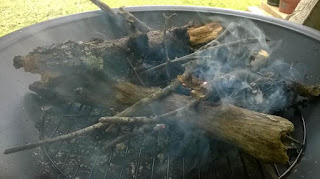 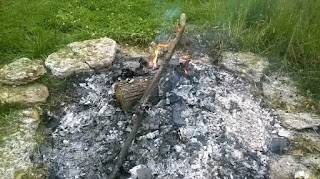 Practicing Tae-Kwon-Do - preparing for the next belt test (school test in August; association test in September) 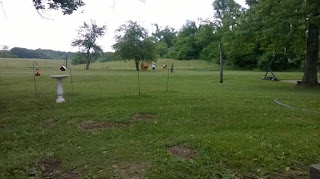 Doing his part to prepare for Vacation Bible School ;) 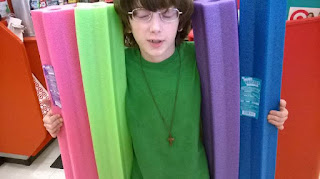 He missed one of the Homeschool Mondays at our local museum center (the week I was gone, everyone forgot!), but we made it to the next one. 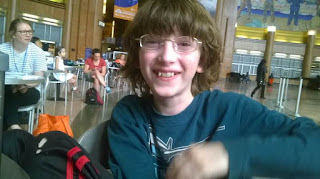 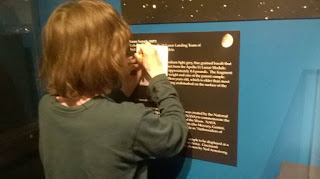 We always stop by to the visit the baby - he is 3 years old, his name is Umi. And I cry. Every. Single. Time.

Neat exhibit this time around of our local area's contributions to weaponry since the 1700s. Legoboy pointed out all the cursive letters and notes.... 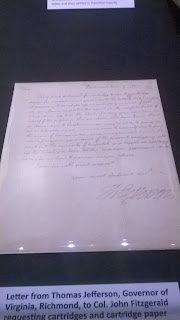