Just a quick post to show how much we LOVE our Herbal Remedy Kit from LearningHerbs.com.

LearningHerbs.com - Browse their website - they offer SO much more! (and so much is FREE!)
The Herbal Kit - price ranges from $67-97 with various promotions. WORTH - EVERY - PENNY.
In fact, after you have the kit and you get started - just getting your hands into it, you'll find that you can buy replacements or change things up through purchasing items from Mountain Rose Herbs (or elsewhere, but we love Mountain Rose Herbs too!).... and we do that! BUT we decided to buy a second kit too!

The kit includes step by step EASY instructions. Nothing fancy; nothing complicated. So don't let my out of order photos here scare you! Legoboy could do all of these himself - in fact, he does done much of it all by himself, when modifying or re-making some items later. He has been doing so since he was 9 years old. :)

We have now made everything in the kit - including the elderberry syrup which works SO great for the flu virus! (the FDA does not approve of that statement, just as a disclaimer - even though there are scientific studies done that strongly show the affect of eldererry syrup on flu strains) 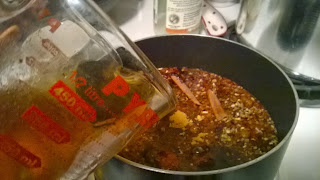 By the by - when it comes to flu.... I had those dried elderberries for almost 2 years. Every time I'd open that cupboard, I'd think, "What is that smell?" It wasn't *bad*, it just wasn't a yummy kind of berry smell either. Well, the day after we fully moved into our house (the apartment was empty but still needed a final cleaning), I opened the new cupboard that housed the elderberries, and thought, "Oh, THAT smells SO GOOD!" When I realized what it was, I realized, "I am sick." Our bodies do tend to crave what they need, until we train them otherwise. And I'd been ignoring all the signs of being sick (blaming it on the stress of moving, the all-day training I'd done that Friday, then doing the final moving of stuff in the rain at the end of a long day, coming into the house (where carpet people were supposed to be GONE already) to find broken dishes in the sink and broken glass all over the floor --- apparently the pounding from above had shaken loose a light fixture, hitting the sink and shattering everywhere, I blamed my feelings on "that time of the month", and my son's own moodiness (oh wait - he was sick too!!!). Talk about ignoring all the signs!!!! 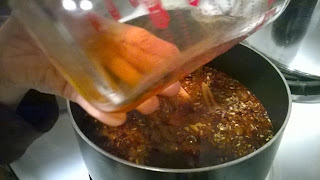 Elderberry syrup though. YUM. And when my body didn't need it anymore, it didn't taste so good anymore. Still good, but not something that I was craving. Same with Legoboy. He really noticed the change in desire for it as he got better.

The pictures below start with the second kit; then move to the first kit. In no particular order. I will try to identify what is going on in each picture, but this is not a narrative so much as a demonstration of what could be done with an herbal remedy kit! 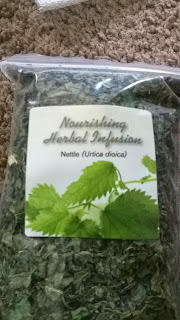 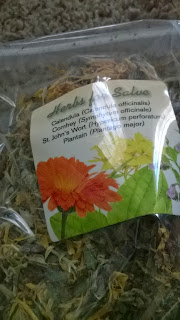 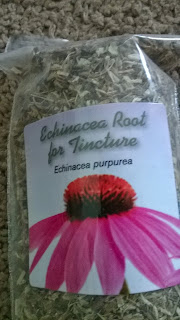 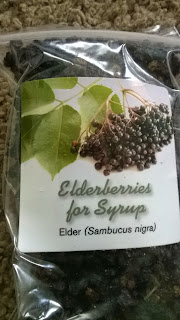