A Week in the Life of Legoboy: Monday - Upper Elementary Montessori

Monday, December 8 in the life of a Catholic family - Legoboy was on the schedule for 6:30 AM Mass for the Feast Immaculate Conception.

Our biology study of the day: recalling that a newly created baby girl in the womb of her mother already has eggs forming in her brand-new ovaries - all the DNA that will become her future children is already separating itself out into eggs. Indeed, those eggs are actually mature enough, even while their mother is in the womb of their grandmother, that a British group has had serious discussions about the feasibility of harvesting said eggs from the ovaries of aborted female babies for use in fertility treatments: in-vitro fertilization.
The main drawback? that those children will grow up and find out that their "birthmother" was "never alive".

Tongue-in-cheek. In reality, I cry for all the pain that is out there because of mis-information about when life begins.

In the end, science informs our faith. Life begins at the moment of conception. Period.

Legoboy loves talking about this stuff.


I did not sleep well last night. In fact, I didn't sleep at all. No particular reason, I just couldn't sleep. Bleck. I couldn't focus on anything this morning when we got back, so Legoboy made himself some oatmeal and I laid down for 3 hours - and finally slept.

I am pretty sure we did not do morning prayer today. Since Mass is the greatest prayer we have, I suppose we are ok ;)

He worked on some Minecraft while I slept, working around the reality that he is not allowed to kill "humans" even in the game. Zombies and animals are fair game. The one is already dead and is attacking him; the other is needed for food and other commodities.

He also worked with Legos. You know - hands-on Minecraft ;) 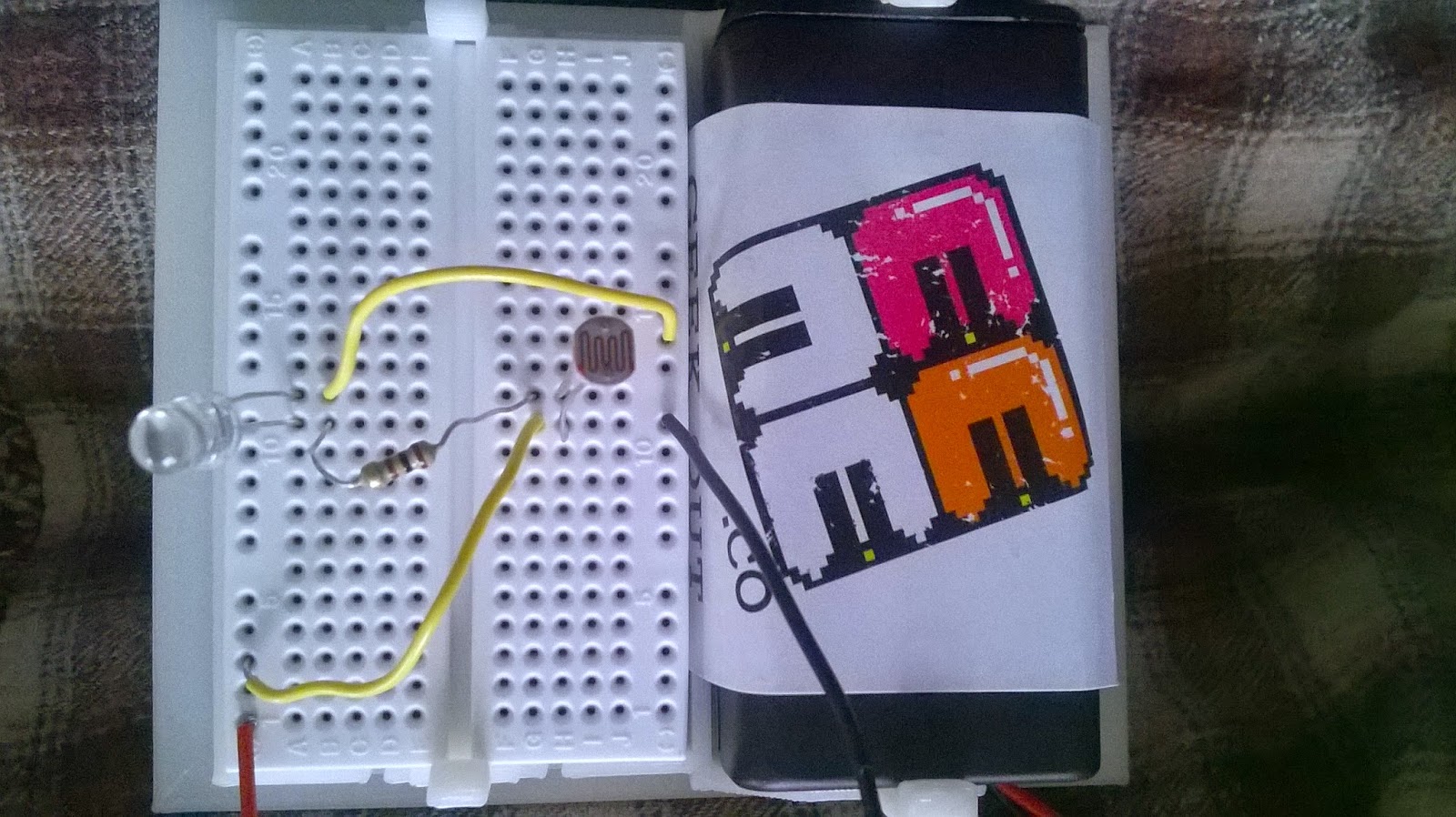 I woke up and checked e-mails. We had a nice response from the gentleman who offers EEME - Monthly Electronics Projects. After each thing we do on there, we receive an automatic request for a survey/feedback. This last one I put in a couple of requests, pointed out what we loved and shared that Legoboy was having trouble getting the photoresistor to work properly in other configurations (it is actually going brighter when it should go dimmer, and vice-versa). Mr. Pien "EEME Dad" offered for us to send him a photo and he'd see if he could provide some feedback. He loves that Legoboy is experimenting with alternate methods. Very cool.

So he got a photo ready to send over (I just took care of responding this evening, so no response yet as of the time I type this). 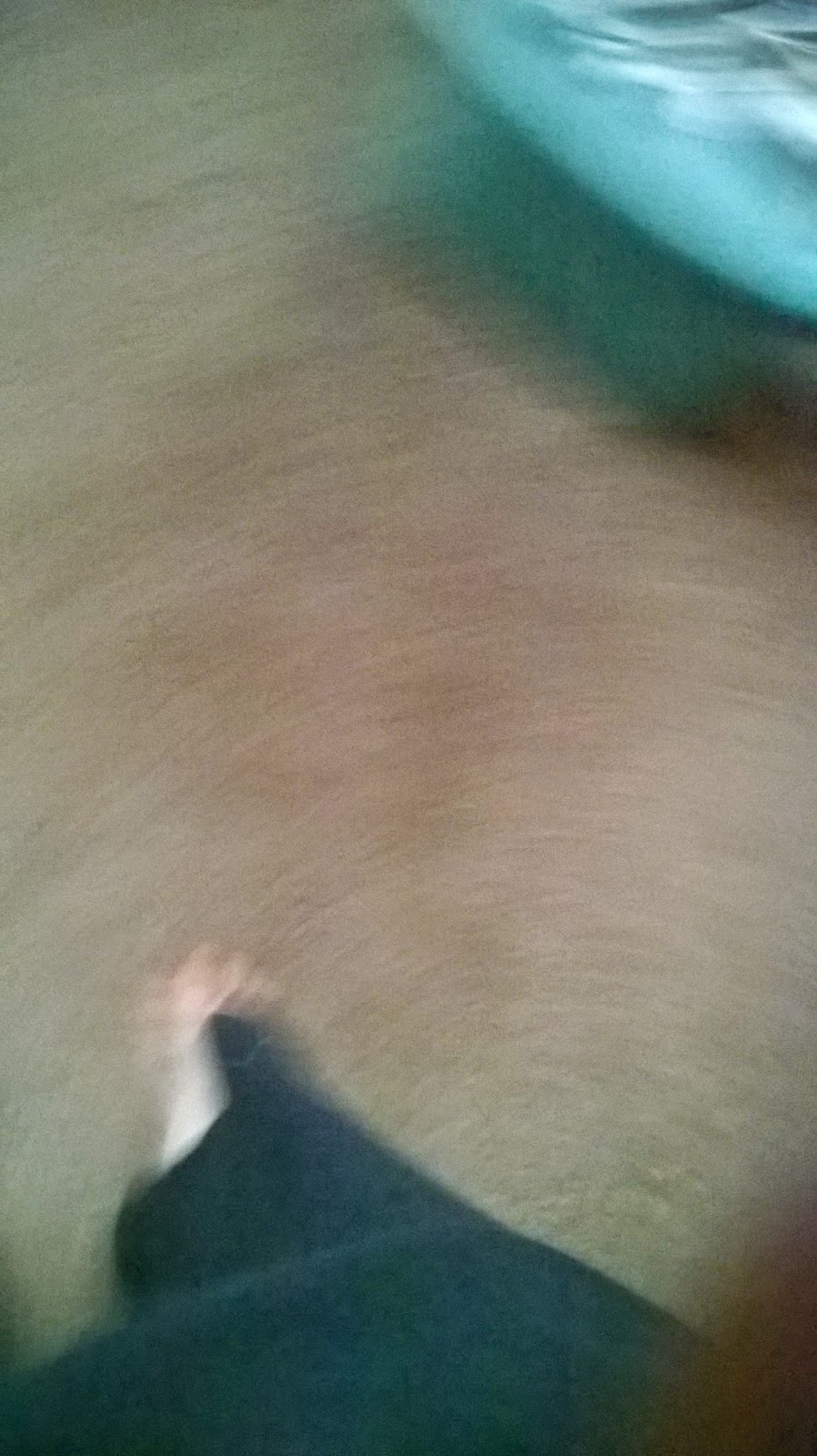 Randomly took a picture of himself walking. Cute. 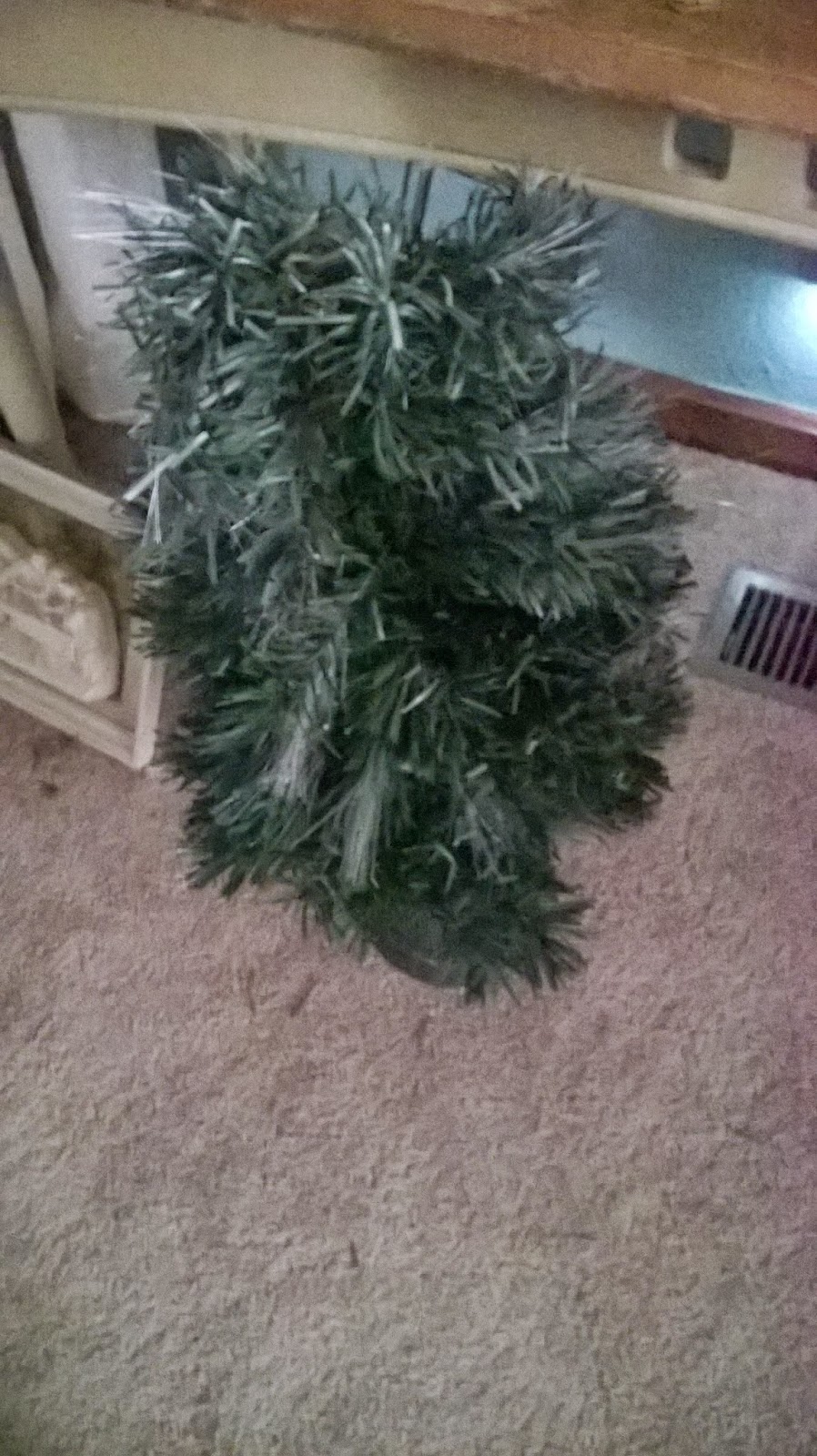 We have been slowly working on our Jesse Tree ornaments for this year - set up the tree this morning, but have not yet hung the ornaments. Last year, Legoboy made paper ones each day. This year, we'll be doing wood-burned ornaments again. 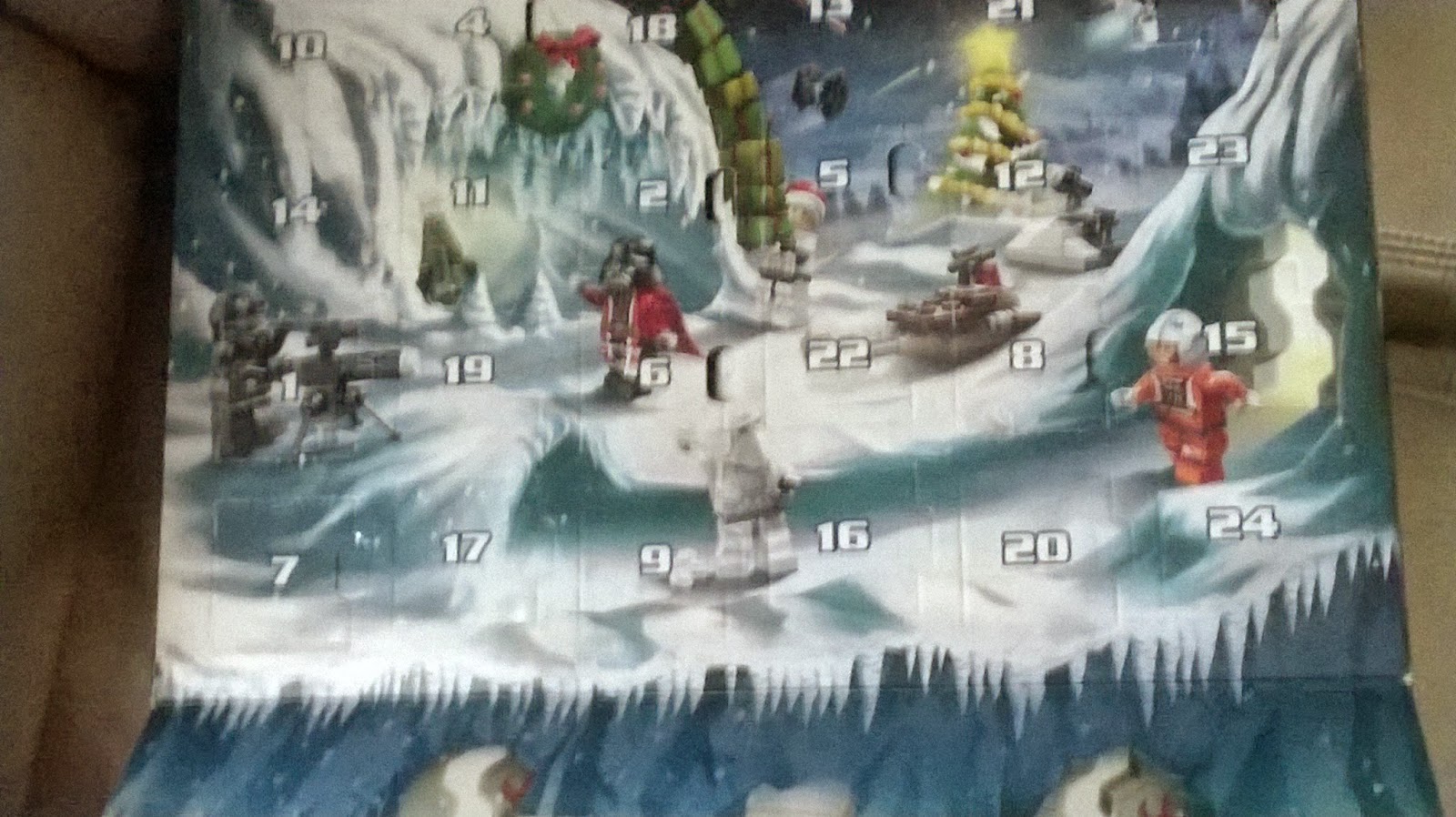 For Advent, he has a Star Wars Lego Advent calendar. In the past, he has had a Kingdoms Lego Advent Calendar which was really neat. The City version never intrigues him for some reason. 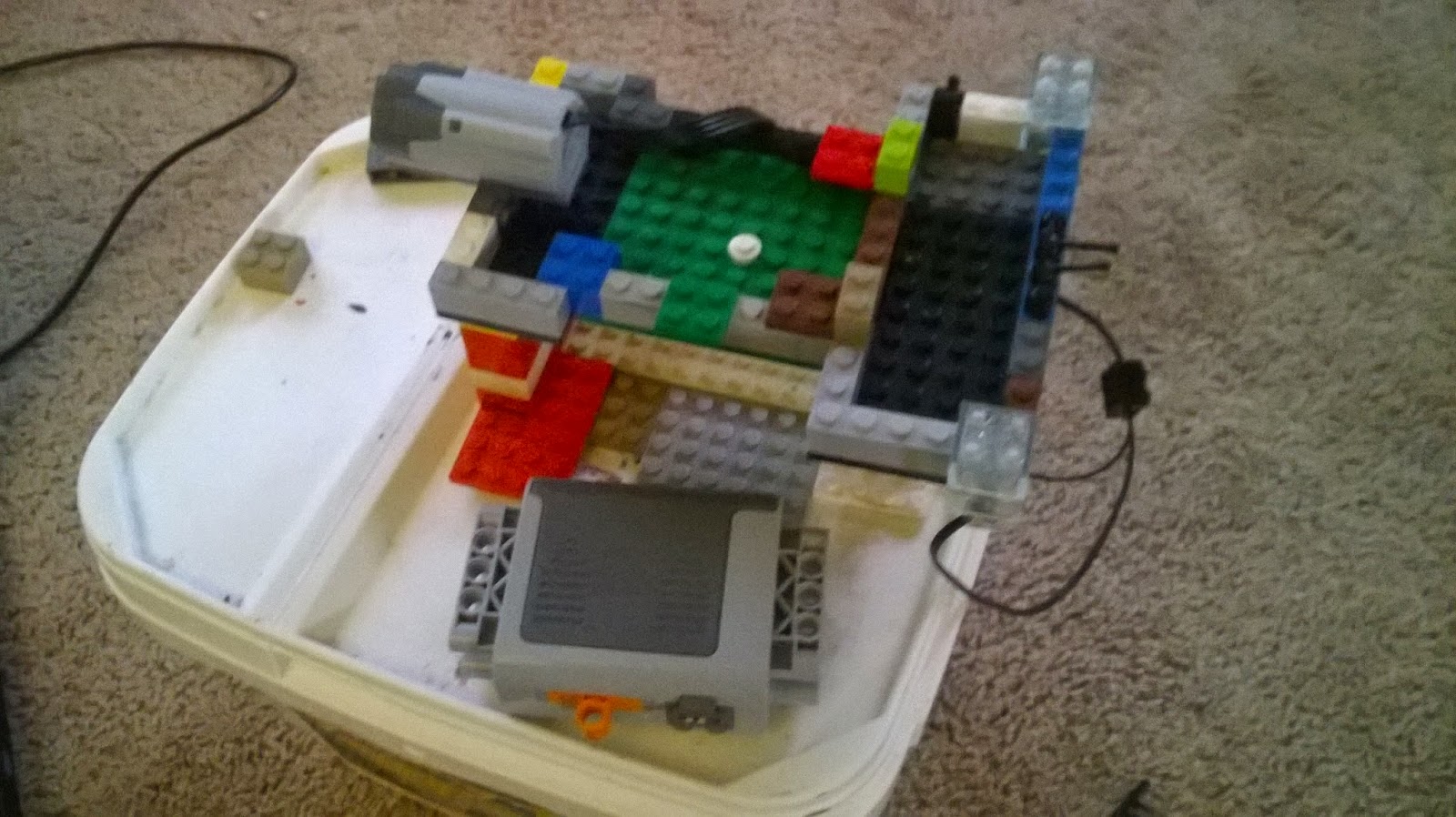 He did use his St. Nicholas gift with some Legos today - after a couple of hours of experimentation, both yesterday AND today. He received a box with a battery pack with a switch that allows the current to go either way or off, a motor with a piston that turns either direction based on the switch, wires with 2 lights, and something else (can't remember off-hand). A few small extra pieces too. Anyway, today he built this - he says he has more to add to it to make a non-water boat. 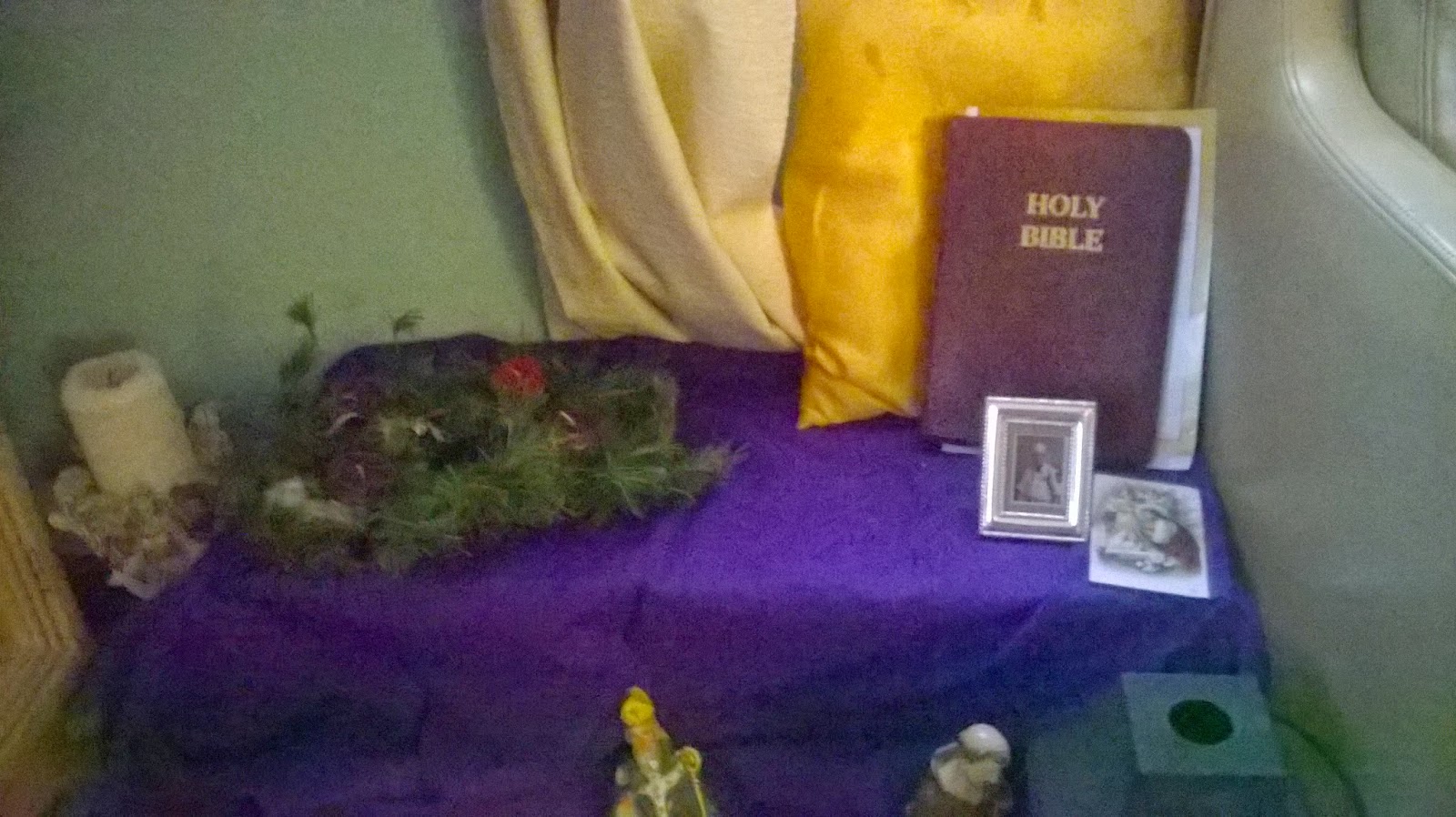 Our Advent prayer table. Using a red candle for Gaudete Sunday - he can't seem to find the rose candles and I have not had time to look. 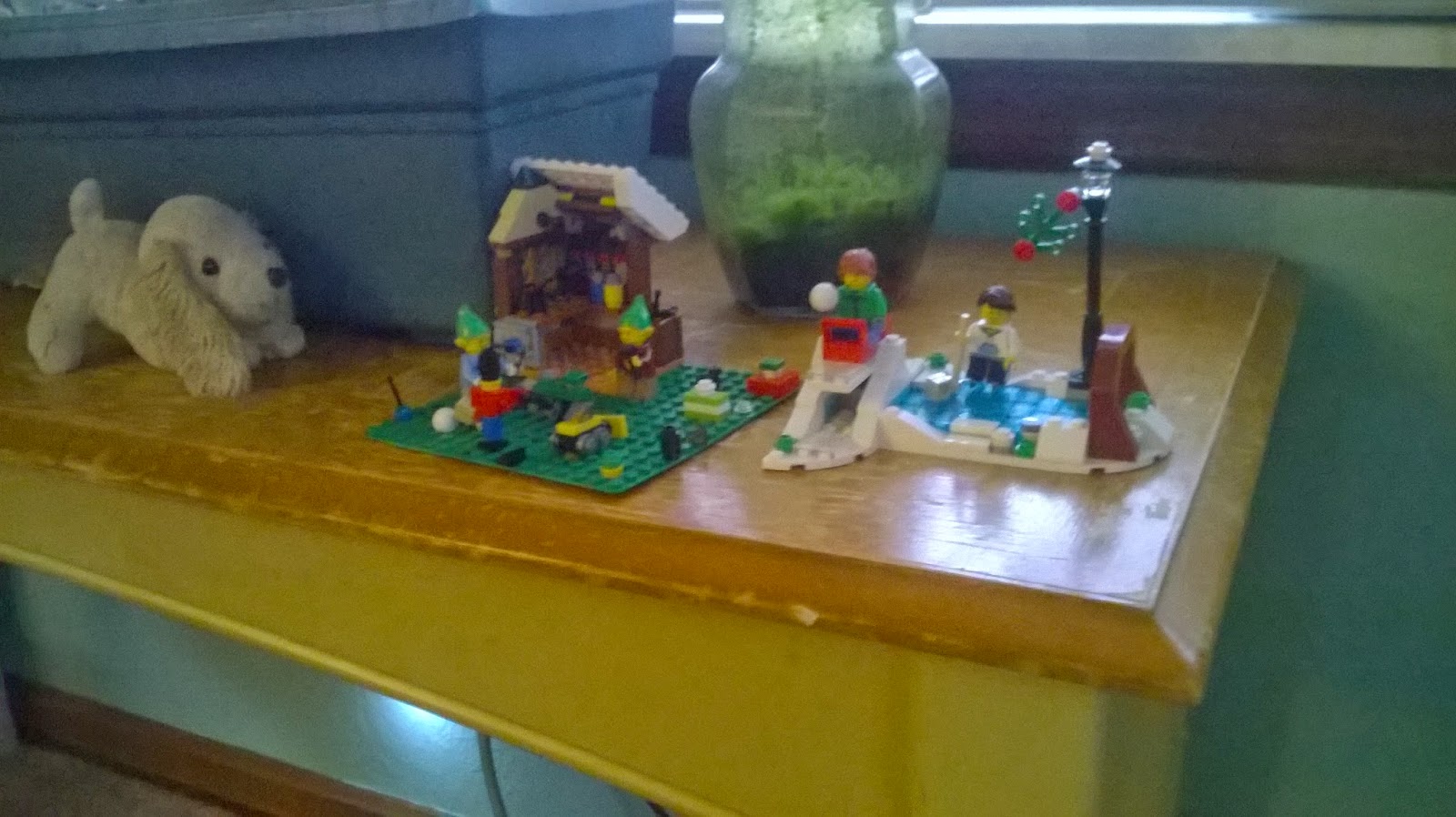 All the Legos he is getting for Christmas either from me or from others? I got some free packages mixed in ;) To be clear - those freebies? they're mine ;) 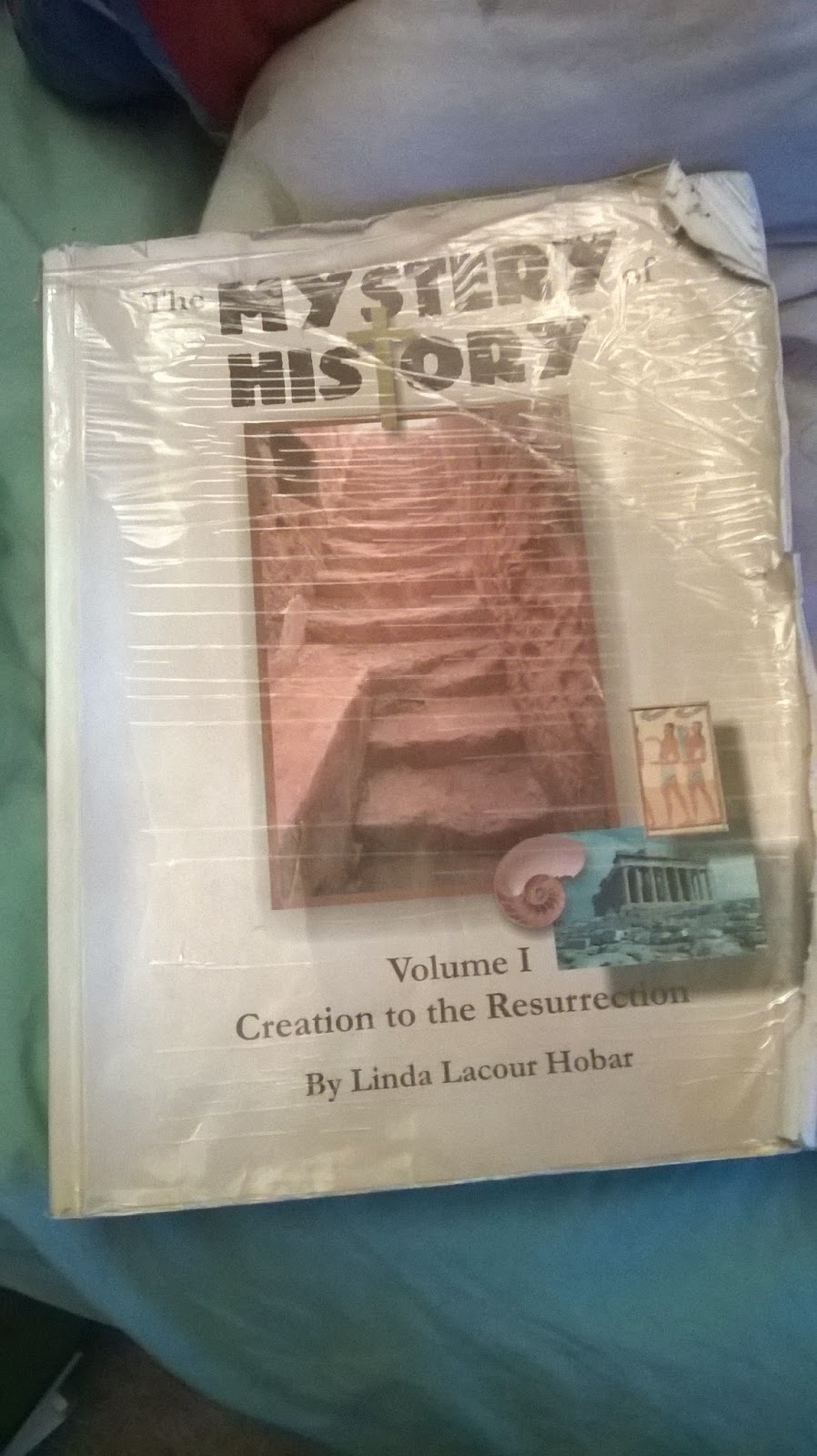 History: He and I reviewed his progress on his Mystery of History Wall of Fame. He was half-way done, looking forward to finishing up two months ago, then had the idea to convert all his images to the computer. He wants to learn how to use Paint.net really well and thought this would be a great to do so. He is about 20 images in so far (doing 2-3 a day, about 3-4 days a week) - and his skills are definitely improving! He won't let me share until it is entirely done. 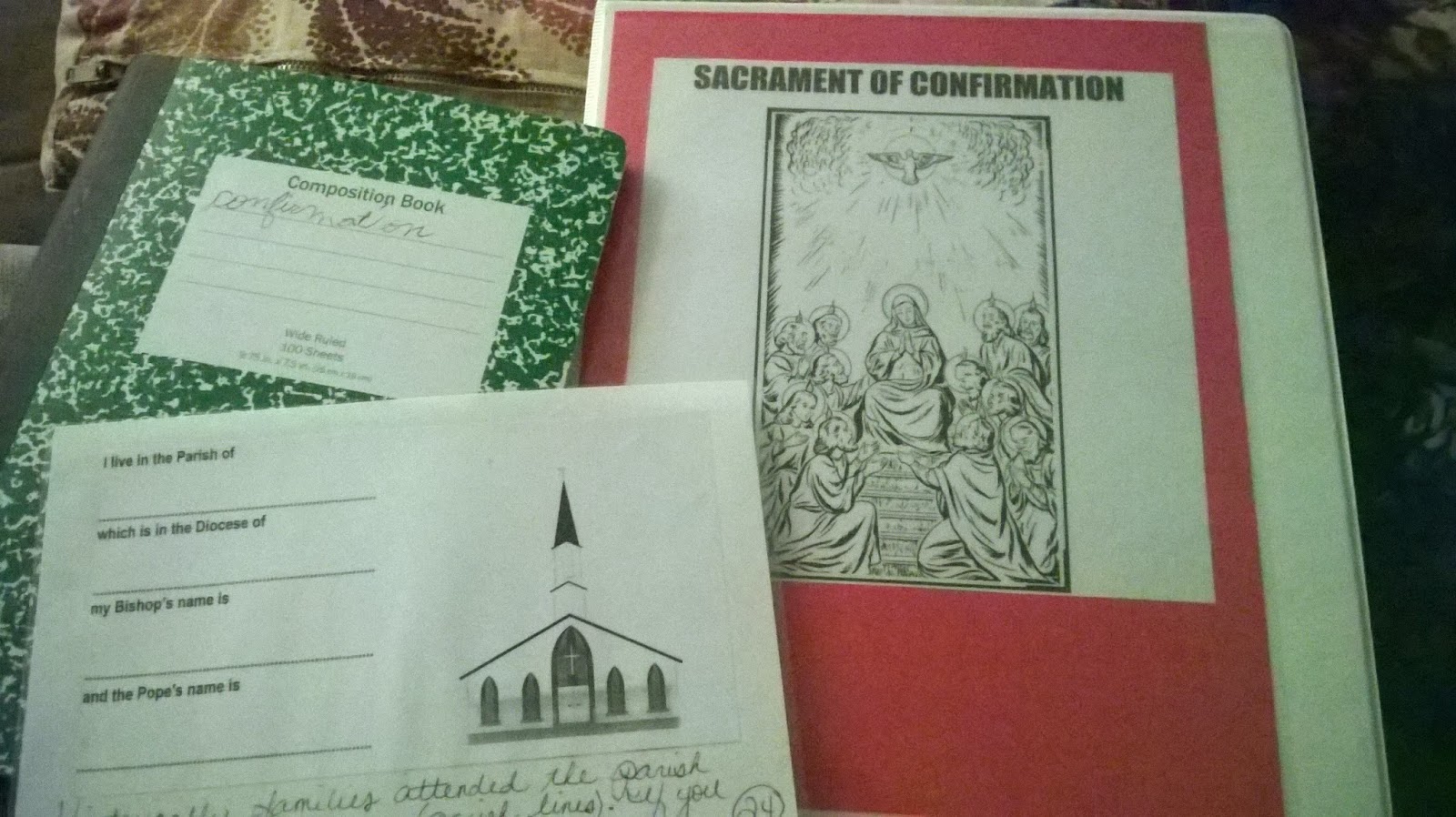 Confirmation Preparation: He worked on a card in his Confirmation notebook. He does 1-2 a day, 4-5 days a week, with about 4-5 cards actually done each week. (more information in another post)

Outside to gather up more fallen branches and sticks, sweep away some leaves, before snow falls again.

Natural creations: Made new batches of deodorant and toothpaste. Yes, he helps make this stuff.

We did some afternoon chores together, cleaned up the living room, discussed the most recent episode of Once Upon a Time and how grateful we are to have the movie Frozen with substantially fewer loose ends now. Elsa, Anna and their aunt (who also has ice powers) have been on Once Upon A Time this season - the aunt is something else, and it came to a sudden conclusion that at first made us all think, "What!? That was IT!? That is all it took? That was WAY too simple!" But if you go back to the "Love Experts'" (the trolls') song in Frozen:


"People don't really change... People make bad choices if they're mad or scared or stressed, But throw a little love their way - and you'll bring out their best. True love brings out their best!"


We only watched the movie this past summer when there was an intro of Elsa at the end of OUAT Season 3. I LIKED the movie, surprisingly enough, but SO MANY loose ends.

Most of them are now tied up. Why the parents left. Yes they threw a message in a bottle before they drowned. Are the powers genetically passed on or was Elsa cursed? Does Anna's love really withstand all things? Could she ever do something to harm Elsa? What is Christoff like when HE is grumpy? These and so much more. Legoboy appreciates the further depth to the story now! He is NOT a Frozen fan in general.

Faith Formation: Two lessons of Consecration in Truth - below his actual grade level, but the teaching is so meaty that he asked to go back to where we stopped. He did level 1 when he was in kindergarten-age, but we've not used it since then. So he picked up with level 2 today and we did the first two lessons.


Then it was time for tae-kwon-do. 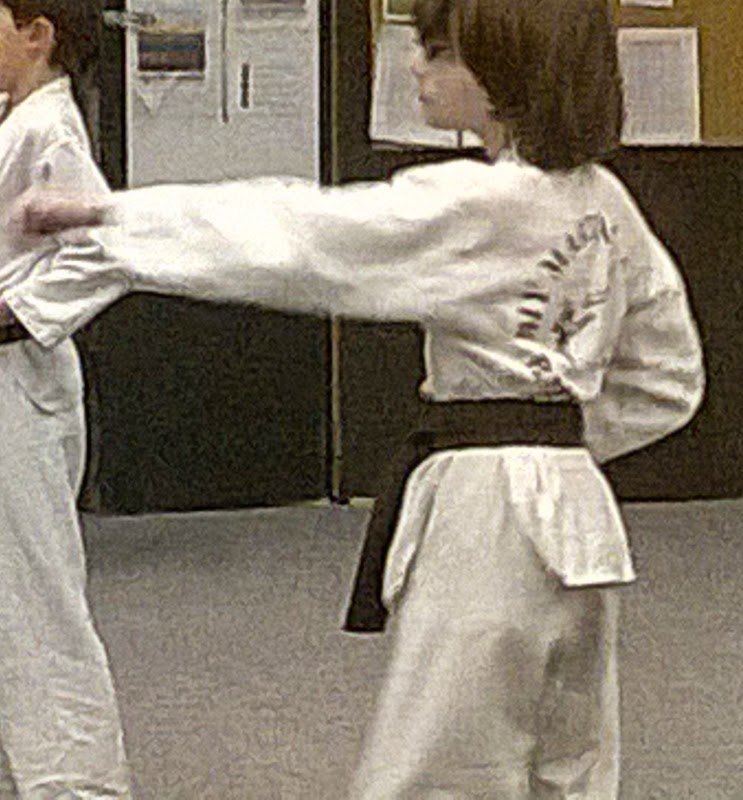 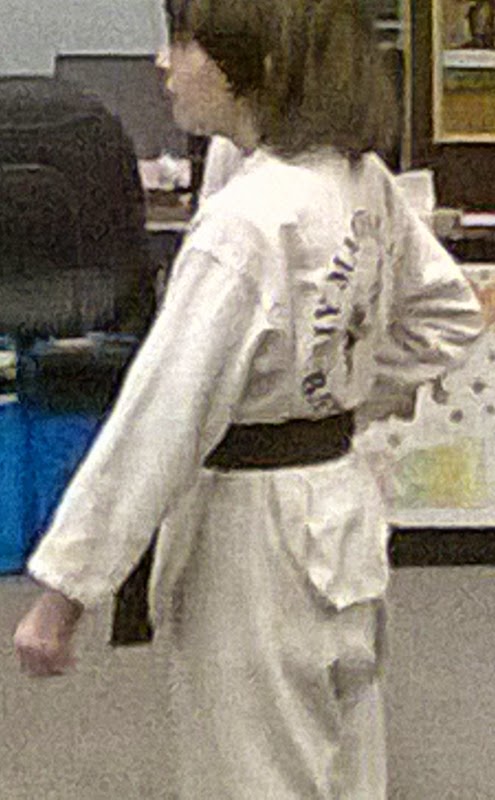 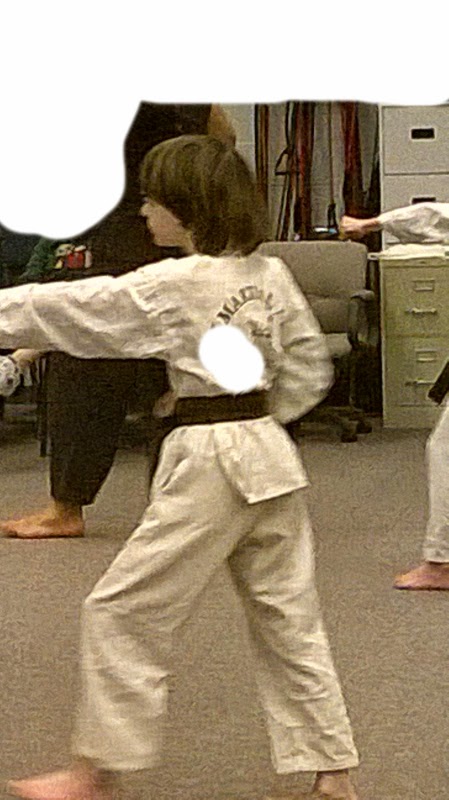 
45 minute drive home - yuck. Stuck behind 10-15 mile per hour traffic for NO apparent reason (two police cars in front of the traffic slowing everyone down).

Considered a nap. We had adoration at the church from midnight to 1 AM, tonight, in honor of the Feast of the Immaculate Conception and the upcoming Feast of Our Lady of Guadalupe when Mary appeared to St Juan Diego with the unborn Jesus in her womb ---- this vigil/adoration is for the sake of all unborn children in our world.

Legoboy took a nap. When I woke him up, he stumbled around for about 5 minutes, then came to me and asked, "Did I fall asleep?" Yeah, just a little, kid ;) 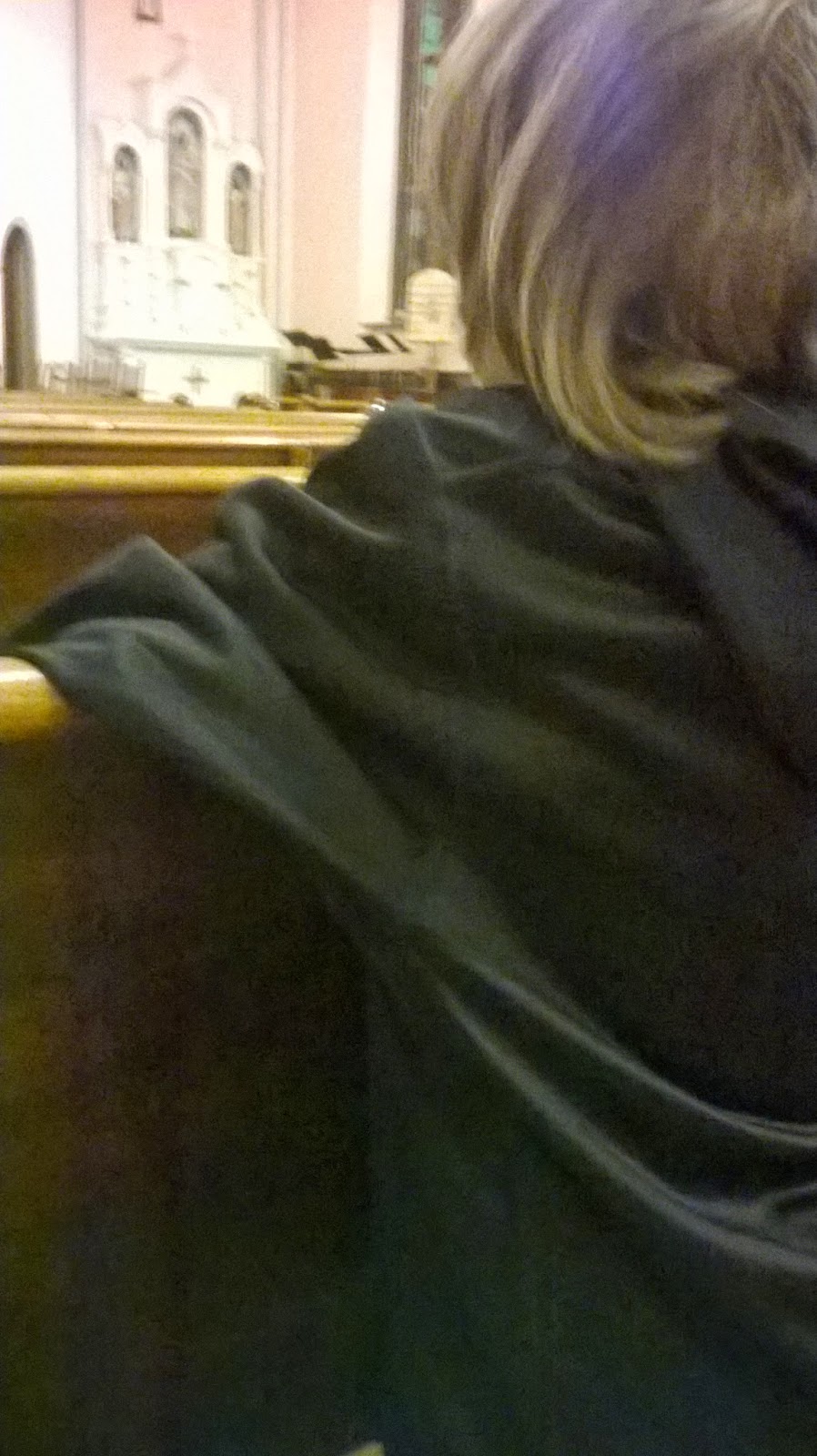 That was his Monday (and a small part of mine).
Lots of faith formation. Can't complain ;)


I'll add: I looked up Fractals and we both discussed them. People keep mentioning them and it IS in the Frozen song "Let it Go". My personal opinion? Totally cool, totally fun. No need to introduce lesson plans or new materials for Montessori-educated children - just have a book or a chart about them to entice interest. These seem more a follow-up, a connection to art for sure - not necessary as a "key experience" because the key experiences that already emphasize patterns and history and further studies will lead the children down that path.
And if the children don't go there in elementary - then they have adolescence for it.