As with other topics, my AMI albums do not directly or explicitly state when to bring in simple machines (think levers and pulleys). And for this, I am SO thankful. Because Montessori is about living life and handing just every single thing to the child isn't really fulfilling that human tendency towards exploration... Hm. The fact is, different children reach that interest at different times and by different routes. So bring in simple machines when it makes sense ;)
(note: I do have upcoming support albums that will make it very clear where the connections lie regarding various topics of interest)

In the meantime, I have done the work of "strewing" - books and hints here and there, Life of Fred, Building Foundations of Scientific Understanding levels 1 and 2, and just encouraging all interests and all questions.

This morning we made sourdough pancakes (YUM!! And I don't feel heavy like I usually do after pancakes - definitely sticking with sourdough from now on!).

Our table is, well, otherwise in use, so Legoboy set us up a picnic area on the floor, but he didn't want all the toppings right in front of him - too tempting ;) He tied a string to a wagon-thing to pull it towards us when we need it, but then thought, "Hm. It would be nice if we could do something else that would push it away from us." He thought of getting one of his sticks weapons, but then remembered I don't want those things near my food (he uses them outside and they are dirty). I said, "I wonder if there is a way to have another string to pull from right where we sit that draws the wagon away from us?"

He thought about that. But that would be "pulling" and he wants to "push". But could it be done? While I finished up the pancakes I let him explore.

Afterwards, he said he was really interested in it, and continued to ask questions - what else would we do the opposite to get the desired result (we discussed sewing machines - how a machine uses two threads and one needle where hand sewing uses one - and yes there are variations, but we were thinking "first machine" here - I even have a book about the sewing machine's inventor --- I thought this would lead to a study of inventions and inventors and was already thinking "timeline making supplies", "which inventors biographies do we have on hand" and the like - UM. Wrong again, Mom!). He then asked, "Do we have anything about this pulling thing?" He kind of missed the word "pulley" thinking I said "pulling". It fits, though, huh!?

First thing I pulled out was our Funk and Wagnalls Science Encyclopedia - a bit dated, but I have always liked the straight-forward format AND the corresponding project book. YES, there is a project for simple machines (the main entry is entitled "Machines, Simple" - so a built-in lesson on how we look for the main word for an entry, then it will be followed by a common, then its appropriate adjective - just like in the back of a cookbook --- no album page for this one, just real life! ;) ). 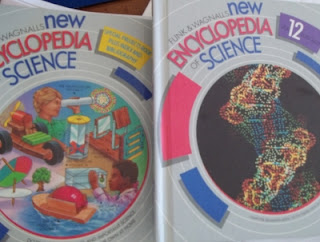 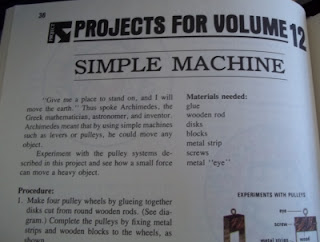 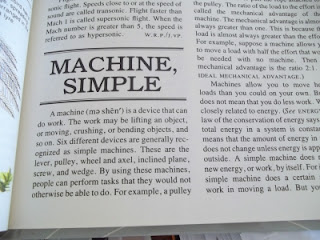 But he wanted more. Legoboy asked, "Do we have any science light-units or guides? Don't buy any if we don't, but if we have them, I'd be interested!"

Turns out I have Christian Light Publications Science LightUnit 404 which covers simple machines. While I am not "excited" about curriculum for the sake of curriculum or workbooks in general, if you are Christian, these light-units (workbooks) can be used as a study-guide. They quite nicely in lay out the topic at hand in a straight-forward manner, with clearly divided text, and several integrated hands-on demonstrations (these are not experiments because we know the outcome - they are demonstrating a principle at hand). They are designed to be utilized by the child and the only ones we like and use do NOT require the use of a textbook. We keep (from stuff given to us) and purchase only the topics of interest and use them in a child-led manner. While these topics that I keep/purchase are on our state-standards, thus I expect them to be covered, Legoboy also has time between now and 6th grade to get to them. For level 4, we also have 405 on Electricity. The other topics I find are fully covered with the Montessori work, BFSU, or are very easily supplemented without the use of a "guide."

If anyone is interested, I am happy to put together a list of lightunits that correspond well with Montessori albums at appropriate moments - just as this one on simple machines and the next one on electricity. 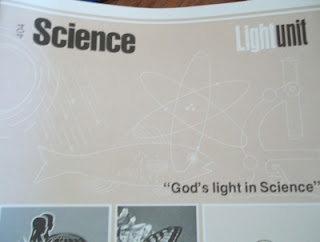 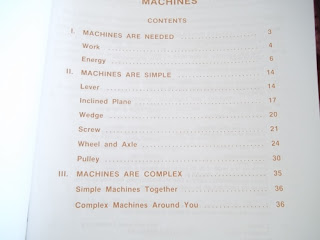 Lots of hands-on work and I know he will put together his own experiments/tests because that is the sort of thinking and learning that has been encouraged through providing very basic Montessori materials - creativity! ;)


UPDATED TO ADD: Just when a boy thinks he is too old for wagons and other such "young child goods" - do NOT BELIEVE HIM! Tuck the item away, but not entirely out of sight. He WILL want it  back!
The wheeled thing in question above has been on the "young child goods" list for 2 years. And now... he's been working with it for 4 hours. I think it has new life ;)