He wanted to build a snake that would definitely be negative - gray - and deep negative - lots of gray. 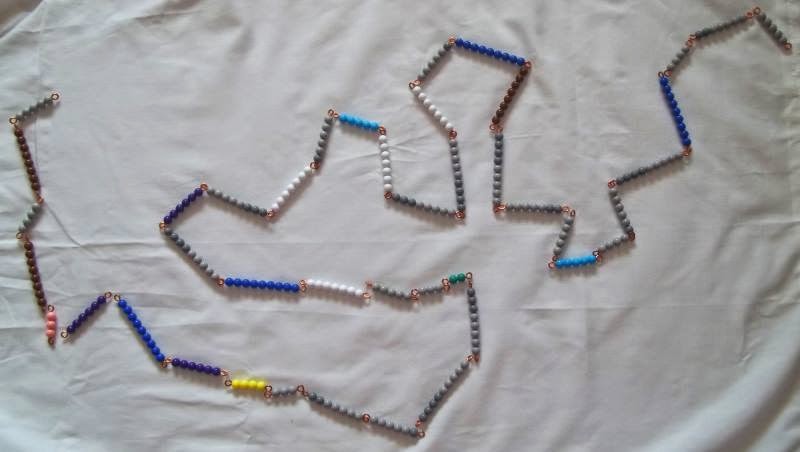 But see - he is actually just slightly beyond this work. He is 10, but started this work in lower elementary - he was just ready (LOVE that about Montessori ;) ). He needed (and requested) review before we move into operations with signed numbers (negative numbers) and it has been a while since he has worked with the negative snake game. (see disclaimer regarding the name of this material at the end of this post).

Thus, being this work is not a challenge for him, he MADE it a challenge. Instead of bringing down two bead bars at a time and doing this work based on math facts and number lines, he found various patterns: 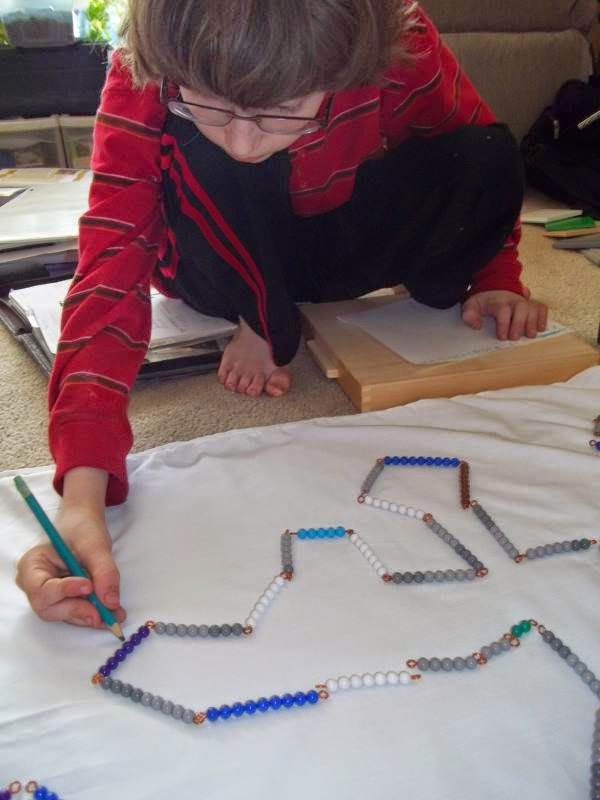 He did this whole process with two snakes - which is a lot. One long snake is usually sufficient - providing a worksheet full of math facts, but he very clearly stated he wanted practice, he wanted good photo ops (to him, these are fantastic photos ;) ), and he wanted to prove his smarts. He said that. Goof.
(Again, I emphasize: ONE long snake is sufficient for one day. Really.)