Legoboy and I have been busy with Cover Story, catching up and going deeper with reviewing our herb studies, preparing to sprout new seedlings and begin our herb garden anew, finishing up the major material-making projects for my 5 atriums, and getting caught up with Garden of Francis (including a site revamp, still to be posted) - all with limited internet access. Keys of the Universe discussion community has a life of its own, for which I am eternally grateful! 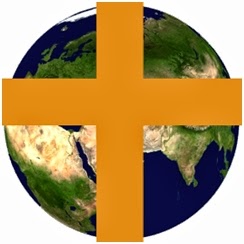 Legoboy has been assisting me in almost all of this - mostly happily, sometimes a bit more grudgingly. Somehow he still gets his Lego and reading time in - and all I get is a sore throat, lost voice and swollen lymph nodes (love those herbal remedies! I'd still be sick if on regular medications). But big sigh on being an adult and not an invincible child anymore!

One other project we have been working on is modifying the Keys of the Universe albums to specifically address those who believe in the 6-day creation of the earth, approximately 6,000 years ago. We have been studying resources in-depth to see what we can do with our lower elementary Montessori materials and presentations, most of which currently support an old-age of the earth even the ones that don't particularly emphasize evolution (some were already modified to remove "evolution").

The fact is that Maria Montessori lived at a time when long-term evolution and the Bible were potentially going to be reconciled; so she combined them. The last century has certainly brought about many changes in scientific processes, our ability to look in more detail at the presented evidence, and begin to realize that some holes just aren't going to be filled in, specifically because there is nothing to fill it in.

My household is Catholic. I am Catholic. Our homeschooling is imbued with the Catholic Faith.

I receive many questions about how we combine Montessori and the Faith, particularly in regards to the origins of the world. That part is the easy part.

The hard part is the persistent lack of understanding in our world, especially among Catholics, about what Catholics must believe about the origins of the world. Required to believe:

From there it is open to interpretation. HOW did God create? How long did it take? Evolution, 6-day Creation, something in between? The Church allows us to look to the evidence for ourselves and believe what we will, if anything at all, on these matters.

That is not to say that people within the Church have not strongly put forth their own conclusions, and even made it sound authoritative.

In the Catholic Church, it is not authoritative as a required dogma of belief (what one must believe in order to be a true Catholic) unless it is promulgated by the Pope. Even the Popes who have believed, for themselves, one way or another on matters of creation that have been left open, never spoke dogmatically on those topics.

Respect for free will - especially when the Holy Spirit has not revealed it to us.


I personally lean VERY strongly to 6-Day Creation. I used to be VERY strong (devout?) believer in long-term evolution - I saw all the evidence and believed, I saw all the evidence and ignored all the holes. Then I started asking questions about those holes. This is MY experience. I will not push it off on others when the Catholic Church leaves us to interpret for ourselves. I suppose I will only receive the final knowledge on this matter, if (when?) I reach Heaven and the Beatific Vision myself.


Legoboy and I are putting together resources to help out others wanting to do Montessori with 6-Day Creation at the foundation.

Genesis Montessori is the slow fruit of our labors.
http://genesismontessori.blogspot.com/

We don't have anything actually available for sale or review just yet. We are establishing the framework, then slowly filling it in so that we can then focus on each detail with confidence in the structure. It is really fun to work on this with my 9 year old at my side - and many times at the helm!