We have found Montessori in The Twilight Zone!

Legoboy and I play a browser-based history game and since it is still in development, as we complete each stage, we have to wait for the next "age" to be added... But the game-makers want us to keep playing, so they have these quest rotations that, once you've hit the "end" several times and had to wait, become very routine and familiar. Repetitive. Because while you're waiting for the next age to be added, you get the same 7 quests, over. and over. and over. and over.

What keeps them from being boring is that I call them The Twilight Zone quests. Especially the one with the jester having nightmares - it really fits the theme!

So I was chanting that theme today and Legoboy finally asked what this Twilight Zone thing is about. First we looked up the theme song and a few tidbits on YouTube, but he didn't "get" it - that it's downright creepy because it's JUST. SO. REAL! He didn't believe me. Typical child - he has to experience it to believe it. Do NOT take Mother's word for it - Mother's Day or not. (yes, today is Mother's Day as I type this).

We found a few description pages about the series - specifically listing the themes addressed by the series and sharing that even people who didn't like the show have episodes that just stick with them. Because of all those issues addressed....

I have a few that stuck! That's what happens when you are in college full-time, on winter break with an 8 month old nursing baby, staying at your mother's fiance's house for the Christmas break, it's New Year's Eve, no-one is home and there is a Twilight Zone marathon. Oh, and for all intents and purposes, you're snowed in. In the middle of NOWHERE (no cell phone signal - egads!) with the nearest available neighbor who knows how far away. Yep. I watched all. night. long. I think I watched every single one. A few times through. Yikes.

I couldn't get to sleep after the first one ;)

I just had to let him watch an episode. The first episode of season 1 is so perfect! It addresses the issue of loneliness - isolation - the fundamental need of people. And in a manner that is not inappropriate for upper elementary children. I know a few episodes I won't let him watch yet (ahem - a doll; a little girl (he actually saw a 30 second blip on YouTube and requested NOT to see the one with the little girl); the airplane creature - which episode is the alien one? that one was fun!). ;) 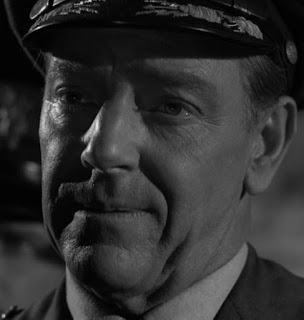 "You see, we can feed the stomach with concentrates. We can supply microfilm for reading, recreation - even movies of a sort. We can pump oxygen in and waste material out. But there's one thing we can't simulate that's a very basic need. Man's hunger for companionship. The barrier of loneliness - that's one thing we haven't licked yet.

~Air Force General Where is Everybody? 1959

Our minds are so great, that all of human history and knowledge, even 60 years after the creation of this episode, have made limited progress in understanding the depth of the human psyche.

Yet look at how much Montessori observed and acted upon... that NO current research has debunked or contradicted or even mildly called into question... not one thing! Careful observation, seeking to rid oneself of all bias - and she provided us with SO MUCH.

I feel so humble in passing this work on to others.

And The Twilight Zone only emphasizes the point.


Legoboy had our first conversation about psychology where we knew that is what we were discussing and we even used the word. His response:
That IS creepy.

Not just the show we watched, which he admitted about 5 minutes before the end was finally making him think hard, but the fact that there is SO MUCH to the human mind that can be illuminated or exploited depending on the hands of the person holding it. He's off pondering as I type....