My son recently discovered a deep appreciation for orchestral music. And I was surprised. I couldn't even figure out why I was surprised, which was more surprising!

I know, that sounds psychotic.

Then we re-discovered this treasure, tucked away behind our little-used tv in the game cabinet (it's an entertainment cabinet, but we store games in it, along with a small tv/vcr combo, CD player, CDs, videos/DVDs (few), tapes (yes! tapes!) and some building blocks): 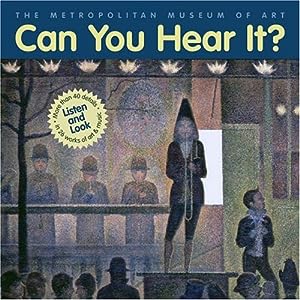 And the pieces of my surprise-mystery fell together.....

I have played the clarinet since I was 11. Self-taught, after years of self-teaching piano and organ; then a year of cornet in the school band. I was 1st chair most of the way through middle and high school; and played in a community band for a short time in college.

I have memories of my son at about 8 months old INSISTING on putting his little fist into the bell of the clarinet every time I'd play. It was so adorable how focused he was on feeling that sound, but at one point he bumped things just right that the reed actually cut my lip and it was too swollen to play for many days. He would touch the sore spot gently and say, "Owie." And kiss it :)

We've always sung songs - with our daycare children and friends; in the parish atrium; at our prayer table; at church; in the car.

As an infant, my son would fuss in the car until I started singing; he was fine as long as he could hear me sing. Not talking; just singing!

But songs with words do not build an appreciation for the orchestra.

We did listen to jazz and classical in his youngest years but somehow music got away from us and we just didn't listen to much music at all (except in the above listed places - we just didn't have time for radio or CDs - strange as that sounds). 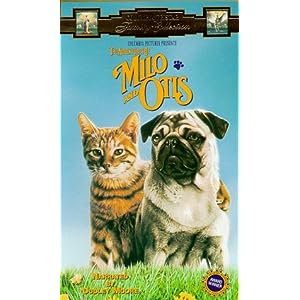 We DID have the movie Milo and Otis and there is some fantastic music in there!
At around age 4, we picked up the book above - it is listed in a few Montessori catalogs and they had it at the Montessori school he attended at age 3.

The inside images are works of art; there are questions and suggested things for which to listen within the corresponding music selections. He LOVED it. But again, time got away from us, the book slipped into oblivion and life moved on.

For the last 3 years, we have been using Level 1 of the music program Our Musical Year - a resource that sadly seems to be out of print :( I am relieved that we purchased level 2 already. It is set up monthly, and has two CDs - one is the background music for each song, just one verse, played slowly; for the child to learn the tune and sing the song to; the second CD has enough repetitions for all verses and is normal tempo. The idea is for the child to learn to SING, not just to match someone else's singing. We pick a new song to learn each month; most months ;)
Last school year, he spent fall semester in the church choir. He didn't want to do it, but I want him to have basic skills in a variety of areas, while he is still in elementary (this will pay off in adolescent years - more in another post). He ended up LOVING it; and sang for Christmas morning Mass. And asked if he could do another semester - so he did preparations for Easter. He ended up not singing Easter Mass because he became dizzy during rehearsal beforehand. Now, his singing voice just isn't there yet, so it's not that he's not allowed to be in choir again, but the choir director suggests waiting a couple of years.... ;) During this choir time, I would play the clarinet for him to hear the pitches.

This only fueled his love for music further.

Last November, we visited a music store recently when we visited family; he was able to play a couple of guitars and try out some drums while there, thanks to the very friendly and helpful staff. And he was exposed to all sorts of new instruments and sort through music books to find Star Wars and Lord of the Rings. Little did he know I was there to price the lesson books for learning piano. Grandma ordered his new keyboard during our visit as a Christmas present, but we've not yet been back for "Christmas" - so he'll have a surprise next month when we go back!

By the time we got home, he had decided that he would like to learn the recorder (we have 2 of them from a college music class I took, along with a "teach yourself how to play recorder" book). He's ok at it - but he loves it and that is what matters.
Right about this time, I set out some items I'd ordered a while back from a homeschool swap group: The Song of the Unicorn and the Story of the Orchestra. 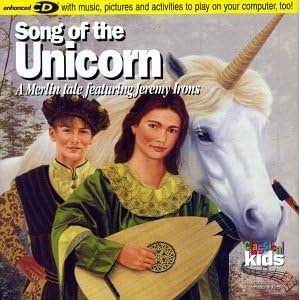 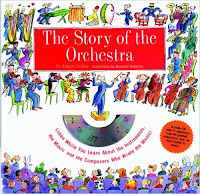 He was SOLD. The CD was a great combination of story (narration) and song (almost all instrumental).

The orchestra book goes into each instrument, highlighting a song with that particular instrument in solo, as well as highlighting individual composers from different times, with just enough information for all children to learn (providing those Montessori keys) with enough left for exploration for those interested children.

This is where I became so surprised. But should I have been? On the one hand, music has been part of our lives; on the other hand, there has never been a focus on instrumental music.

He can pick out instrumental sounds I never could have previously; and he recognizes themes across genres. He can tell you the likely composer or at least the style of about half the compositions we hear; and he LOVES to listen to the classical music station in the car.

Please. Nobody tell my 7 year old son that most kids his age are NOT like this. Fortunately, we spend a LOT of time with mostly homeschoolers - who at least accept each other's differences (most of the kids he spends time with are in the children's choir he was part of last year, if that says anything!). :)


Yes, there are some primary level nomenclature and classification cards we could use for the orchestra. But he has started on his own charts and diagrams - why mess with perfection? ;)

Email ThisBlogThis!Share to TwitterShare to FacebookShare to Pinterest
Labels: music