Reality vs. Fantasy Before Age 6 - My Experience

I knew about the Montessori principle of focusing on reality before my son was born. So I was good to go from the start. And I fully supported it because it made sense - it fit with my own experiences working with children that I had not been able to clarify before.

A not so scientific survey - well, it's scientific, just anecdotal/observational science:

Children founded in reality in the first plane of development (conception to age 6) have stronger imaginations, greater creativity and are generally still in awe of the world around them into the elementary years, as compared to children who were surrounded by other people's imaginings in those formative years. 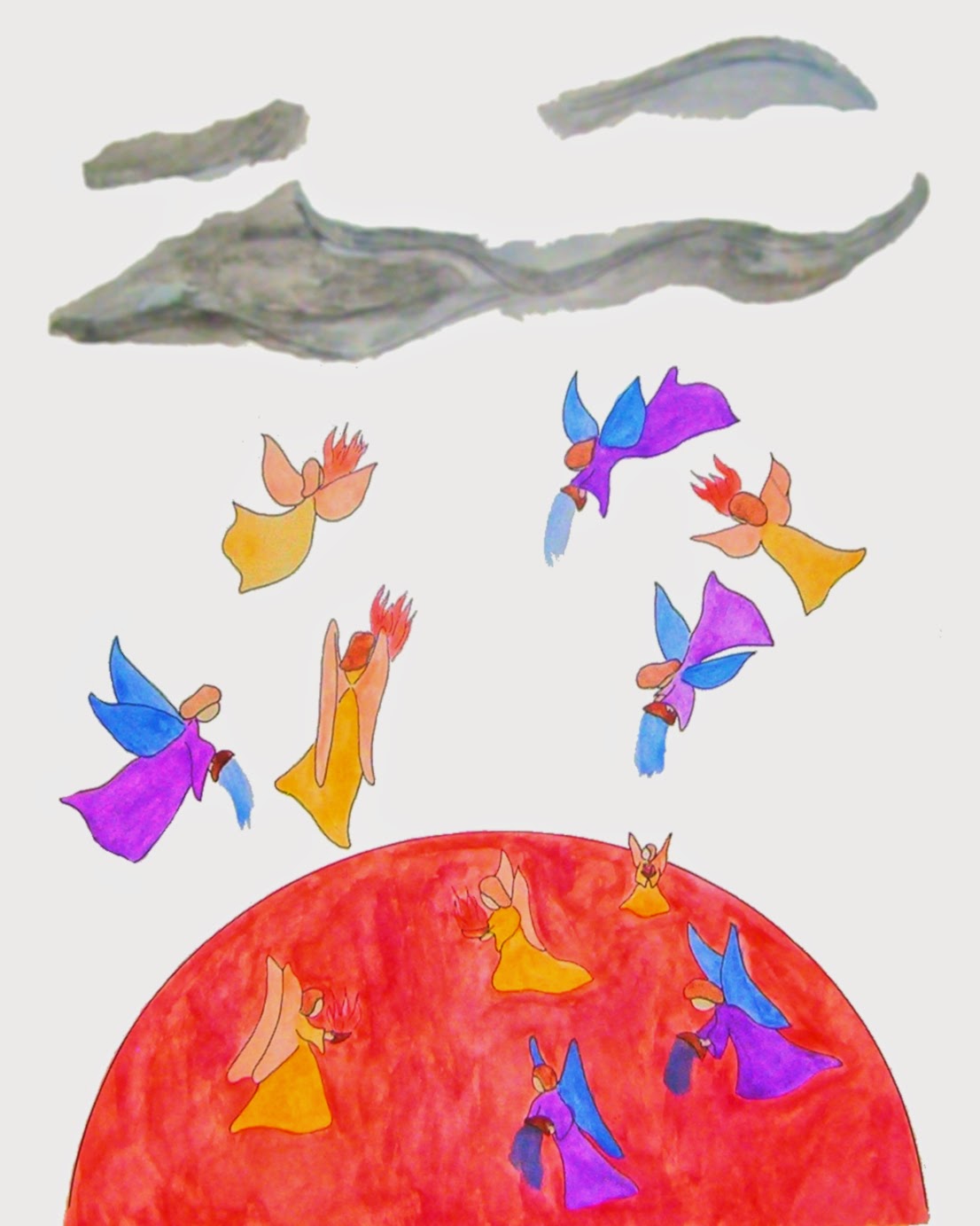 For example, I can tell what sort of 0-6 upbringing a 6-8 year old child has had in response to the first Great Lesson: God with No Hands. Children founded in reality, recognize immediately that there is some amount of fantasy here (the inanimate world does not actually whisper "I hear my Lord, and I obey" nor do angels actually carry heat up and bring cool down). The children immediately recognize words such as "like" and "as if", referring to analogies. The children understand these analogies and pick up on them, even if they have not had an explicit lesson on "analogy." These children can immediately get into the exploration of the actual facts and have JOY in the imaginative pieces - 'those particles, "like" people, like some but have a strong dislike for others', the children find such amusement in this line!

On the other hand, the children who have had experience with a lot of other people's imaginations (things that are not real, adults telling stories that couldn't possibly be true for the fun of it, cartoons, etc.), even when they tell you they "know" the difference between fantasy and reality - will ask at the end (or interrupt in the middle!) of the First Great Lesson, "Is that real?" Or they will say, "Well, that's not really what happened."

Yes, you are correct my child, but did you actually listen?

The story itself doesn't say that it is really what happened - the analogies make this clear. But these children have been set up to argue something that wasn't an argument. They have to repeat to themselves the concepts in the story itself to say that the story is an imaginative event, with a good deal of real facts. So 1) they consciously miss the clues that are obvious to the other children yet 2) they are re-stating those very clues in their own words ("this isn't how it exactly happened").

It becomes almost a difference between true pure joy and a building cynicism.

Wow. And I just wanted to tell a story to open up the geography album.

It happens in other areas too.

The children with the mixed experiences before age 6 seem to spend several of their elementary years sorting out the difference between reality and fiction. I wonder, if a longitudinal study were done, if this carries over into their adolescent and adult years - leading to people questioning objective Truth in this world. Even those without cynicism waste those elementary years still sorting out real versus fiction.

The children with the solid foundation in reality spend their elementary years enjoying the awe and wonder of the world around them, asking many "what if" questions that explore the very real natural laws around us; then testing them out and seeing what more they learn. This is true imagination - to test the limits of reality.

The children with mixed experiences generally consider fairy tales to be girly stories (if they are boys) and baby stories (if they are boys or girls). They might participate because they know there is something there, but there is a rough exterior that says, "I'm actually too cool for this but I'll go along with it since everyone else is." Or they tend to tease the other children who actually still like fairy tales.

The children with the reality experiences DELVE into fairy tales (which are actually moral tales), reading the original versions and various re-writes. They explore the moral dimensions, they re-write endings, or write alternative viewpoints. They explore the cultural dimensions and what it meant to have Cinderella's eyes pecked out by ravens. They are fascinated with Rudyard Kipling's "Just So Stories" and can actually sit through a reading of the original Jungle Books.


Now does this happen with EVERY child? Probably not. But think about this: even the children who SAY they understand the difference, and verbally state they know and then proceed to prove it... doesn't mean they really get it. And sometimes, the fact that they have to verbalize it, means that they have not entirely internalized it. Sometimes the whole talking through something is a sign that the child is still working through it.

And it has been consistent with all the children I have personally observed in this area.